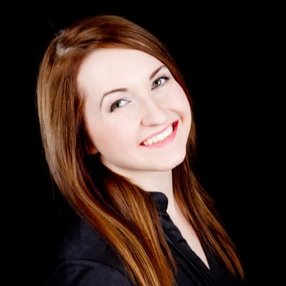 Soprano Suvi Väyrynen has quickly emerged as one of Finland's most exciting young singers, making her debut at the Finnish Nationa Operal in 2016 in the role of Adele in Die Fledermaus. She is the winner of the 2016 Lappeenranta singing competition Female Grand Prize and has gained recognition through various other national and international singing competitions. She has delighted critics with her vocal courage and bright personality as well as entertained audiences with her uncompromising attention to detail in contemporary music. She is not only a coveted and expressive artist of Lied, concert and stage works, but also performs a wealth of modern music with assorted ensembles in which she has had the pleasure of premiering several new works. Ms. Väyrynen made her operatic debut in 2015 singing the role of Anna in Tampere Opera's production of Verdi's Nabucco.
Ms. Väyrynen studied at Tampere University of Applied Sciences under the tutelage of Satu Sippola, graduating with honours as a Music Pedagogue in 2013. During her studies, she appeared on stage as Maria (West Side Story), Gretel (Hansel and Gretel) and Anne Truelove (The Rake's Progress). She then began her Masters studies in Vienna in 2014 at the Musik und Kunst Privatuniversität der Stadt Wien with Uta Schwabe as her voice teacher. There, she also studied Lied with Birgid Steinberger and Carolyn Hague.