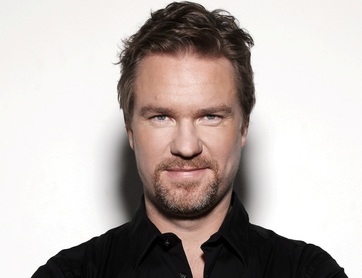 As one of the most representative of the younger generation of singers from Finland, Markus Nieminen has been known with his deep and dark baritone voice both on the opera stages of the world and in the international concert halls as a celebrated singer.

Nieminen graduated from Sibelius Academy, Finland, with a Master's degree in Music, after which he continued his studies with Professor Gerhard Kahry at the Vienna Music Academy. During that time, Markus frequently participated in masterclasses with well-respected teachers such as Tom Krause, Rudolf Bautz and Thomas Hampson.


Performing as a freelancer since 2005, Markus has sung a wide range of roles at Finnish National Opera, Helsinki, including Sharpless (Madama Butterfly), Jeletski (The Queen of Spades), Conte (The Marriage of Figaro), Dandini (La Cenerentola), Papageno (The Magic Flute), Guglielmo (Cosi fan tutte) and the title role in Jukka Linkola's Robin Hood.

He has also made guest appearances at the State Opera in Hamburg, Semperoper Dresden, Vienna Volksoper and he has performed in opera houses in Basel, Antwerp, Gent and St. Gallen.

From 2001 until 2005, Markus was a member of the solo ensemble at the Vienna State Opera. There he sang Belcore (L'elisir d'amore), Schaunard (La Boheme), Sprecher (The Magic Flute), Jonny (Jonny spielt auf/Jonny plays), Ping (Turandot), and Melot (Tristan und Isolde).

Markus' operatic repertoire is expansive and diverse, with roles such as Scarpia (Tosca), Marcello (La Boheme), Figaro (The Barbiere of Seville), Achilles (Penthesilea) and the title role in Don Giovanni being amongst his favourites to perform. Though he is known for his rich-timbred, wide-ranging, expressive vocal ability and his commanding, athletic on-stage presence whilst upon the opera stage, he is equally at home performing Lied, oratorio and orchestral works. Modern repertoire is a particular favourite and suits his flexible and expansive style.

Markus has been fortunate enough to perform as a soloist with an array of orchestras lead by conductors such as Gerd Albrecht, Simone Young, Marcello Viotti, Fabio Luisi, Seiji Ozawa, Semjon Byshkow and Christian Thielemann.
Current recordings include Ondine's 2003 recording of Einojuhani Rautavaara's Auringon Talo (The House of the Sun) conducted by Mikko Franck, with Markus in the role of Santeri Rissonen, and, in same year, Markus sang the role of Melot on Deutsche Grammophon's recording of Tristan and Isolde conducted by Christian Thielemann.

Markus has also enjoyed great success in competitions. He was awarded first prize in the 1999 Pentti Koskimies Lied Competition, in Vox Unica 2000, in the Tampere Opera Grand Prix 2001 and, in 2006, he won the Lappeenranta Singing Competition. The prestigious Eberhard Wächter medal was awarded to him by Vienna State Opera in 2002, and in 2000 Markus was given the Martti Talvela scholarship.