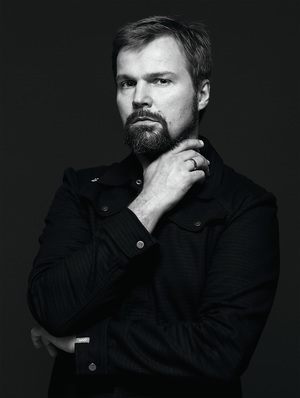 The Finnish bass, born in Joensuu, began his vocal studies at the Sibelius Academy
in his native Finland. Later on in 2004 Järviluoto arrived in Karlsruhe, Germany as an exchange student. Deciding to stay after the year he went on to graduate in 2009 under the guidance of Prof. Ingrid Haubold. Already during his studies he collected stage experience as Osmin in „Die kleine Entführung“ and as the Cook in Prokofiev's
„The Love for Three Oranges“. From 2009 to 2010 he sang the role of Masetto in
„Don Giovanni“  as a guest in Holland, Belgium, Spain and Finland.
Since 2010 he has been privately tutored by the well-known vocal coach Monika Hauswalter.

From 2010 through 2013 Järviluoto had an engagement at the Volkstheater Rostock where he performed such roles as Sarastro („Die Zauberflöte“), Sparafucile („Rigoletto“), Doctor Bartolo („Le nozze di Figaro “), Colline („La Bohème“) and Don Basilio („The Barber of Seville“). As a guest singer at Theater Kiel he performed the role
of the Priest in Schachnovelle (Cristóbal Halffter).

In the beginning of the 2013/14 season Järviluoto became an ensemble member of the Meininger Theater, where he has been heard as Sarastro and Sparafucile among others. In 2015 Järviluoto gave his debut as Doctor Crenvil in La Traviata at the renowned Savonlinna Opera Festival.